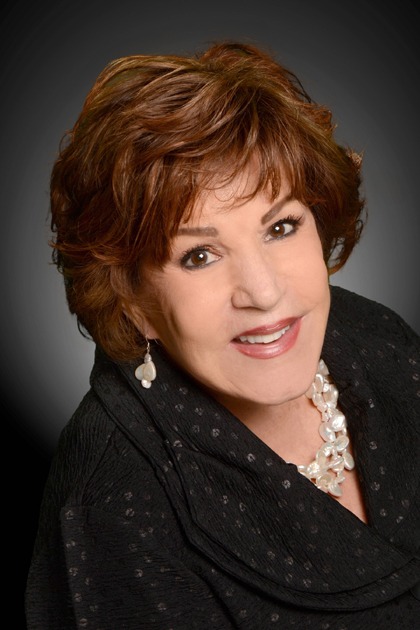 Anne Sadovsky began her career in multifamily housing in 1968, is a Dallas based professional speaker, and provides training, keynotes and counsel to a variety of industries, businesses and associations. She is a former Vice President of Marketing and Education of Lincoln Property Company and was the first female vice president in the company. Her expertise makes her a sought after speaker, consultant and trainer. She has officially flown almost 4 million miles to share her experience, expertise, wisdom and wit.

Anne is a widely published writer and a popular guest on radio and television talk shows nationally. In the 90s she appeared on Hour Magazine with Gary Collins. Her success story has been featured in many newspapers and magazines including MONEY MAGAZINE, TEXAS BUSINESS and LADIES HOME JOURNAL.

MIRABELLA Magazine listed her as one of the One Thousand Women of the 90’s, along with Mother Teresa and Oprah Winfrey.  Anne’s book “Mission Possible” with Stephen Covey and Brian Tracy is available through her website. Multi Family Pro and the Apartment Association of Greater Dallas have honored her with Legends Awards.

She is affiliated with numerous business and professional organizations including the National Apartment Association.

Thousands of people have been inspired and challenged by Anne’s story. Her message is common sense, entertaining, and enlightening.  She specializes in teaching people skills, and helps create success in business and personal lives.

She has earned a Texas Real Estate license, and holds several designations and honorary positions. Anne is one of the most astute trainers in Fair Housing and Diversity in the apartment industry. She has volunteered 35 years at Nexus, a substance abuse treatment center for women and their children.

She has been ecstatically married to Randy Sitzman since 1992.  They have two spoiled dogs and 2 noisy parrots, a large family and love travel, movies and living a joyful life!

"I’m amazed at how interesting you made fair housing. You do it RIGHT. My managers went on and on about how wonderful you are, entertaining and very informative."

"I just wanted to say thank you for the wonderful Fair Housing class that you hosted yesterday. My assistant manager and I really enjoyed it and learned so much. I look forward to attending more of your classes."

“Thank you again for your presentation at the Spring Seminar yesterday! We have already received comments that you were a smashing success! Everyone said that they finally understand fair housing.”

“Anne, We absolutely loved hosting you and truly appreciate you working with us on scheduling. We have received great feedback from everyone that attended. We will definitely have you back soon for another seminar. Thank you!”

“Thanks so much, Anne. You are definitely a radiant woman - inside and out. We received rave reviews about you!”